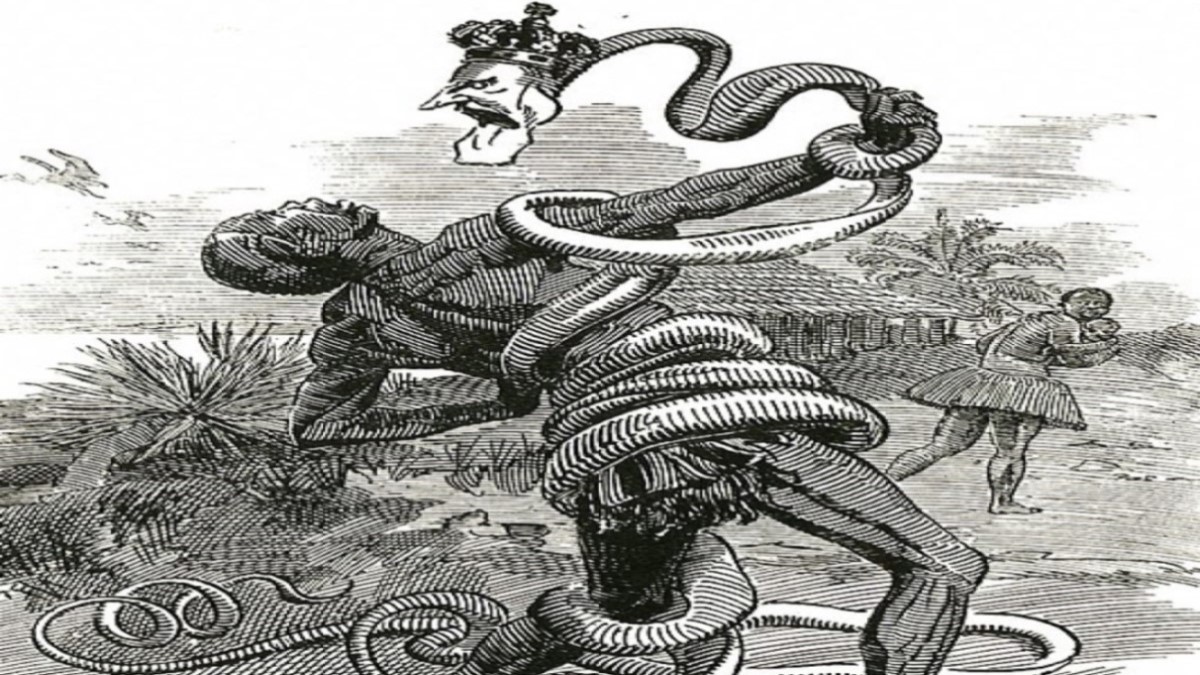 Free trade and colonial exploitation have regularly been misrepresented as being synonymous- especially in Africa. Although genuine free traders have long distinguished between mutually beneficial exchange and coercive exploitation; in Africa’s colonial history, there are several poignant examples of atrocities carried out under the guise of ‘promoting free trade.’

By looking back at the campaign against Leopold II of Belgium’s despotic rule in the Congo, we can see that although throughout history some dreadful acts have been carried out under the auspices of ‘free trade’, genuine free traders have worked relentlessly to expose these misrepresentations and the wrongs they caused, and in the case of Congo, created the world’s first human rights campaign.

The ‘Congo Free State’ was established at the Berlin conference in 1885. In exchange for commitments to protect the Congolese population and facilitate the spread of free trade, Leopold became the absolute sovereign of the region. However, despite his promises, Leopold instead went about abolishing native rights. Just months after the Berlin Conference, Leopold issued a decree that proclaimed all ‘vacant’ land was property of the state, which therefore rendered it his private property. In the context of Leopold’s Congo, ‘vacant’ meant any land that was not, at the time, physically occupied. The consequence of this state-orchestrated land grab was widespread dispossession of the local people’s possessions and resources.

Leopold also implemented a brutal system of forced labour known as the ‘Rubber Terror’ in Congolese oral history. Under Leopold’s system, women were kidnapped and used as collateral until the men of an area could gather a pre-determined amount of wild rubber, which could then be exchanged for the women’s release. The Congolese men who were conscripted to enforce the ‘Rubber Terror’ would regularly hack the hands off those who missed their rubber quota. As ammunition was in such short supply, for every bullet the Congolese conscripts used they had to bring back a hand as proof that a bullet was not ‘wasted.’ Images of handless Congolese men, women, and children continue to embody the worst excesses of European colonial exploitation to this day.

The notion that these conditions were anything like those in a private property-protecting and free trading nation is ludicrous.

While the ‘Free State’ developed this system of coerced labour, a propaganda machine projected stories to the outside world of humanitarian development and free and fair trade. However, it was not until a Parisian shipping clerk based in Liverpool noticed discrepancies in his employer’s accounts that this cover-up began to unravel.

In 1890, Edmund D. Morel joined Elder Dempster and Co (a shipping company) as a clerk. Morel believed passionately in free trade and supported the policy’s expansion worldwide – provided local populations were in control of property, resources, and the profits they yielded.

At the time, Elder Dempster and Co had a contract with King Leopold II to ship supplies to and from the Congo Free State. After studying the records of imports and exports out of the state, Morel noticed that most imports into the Congo consisted of chains, guns, and ammunition, but the territory exported huge quantities of valuable ivory and rubber. After working through the records, Morel concluded that the value of exports out of Congo was at least 80% higher than all imports combined. These figures sharply contrasted with other recently occupied colonies where the need to establish an administration, infrastructure, and military presence translated into significantly more imports than exports. Through his observations, Morel came to recognise that despite Leopold’s claims of promoting free trade, his rule in Congo had manifested into state-mandated slavery.

Given Elder Dempster and Co’s involvement in supporting Leopold, Morel resigned from his job in protest in 1901 and in 1904, he founded the Congo Reform Association- one of the world’s first human rights campaigns.

In his efforts to end Leopold’s programme of state-mandated slavery, Morel pursued methods familiar to political and human rights campaigners today. He focused on changing public opinion and emphasised the difference between genuine‘commerce’ and ‘exploitation’.

Morel spent years holding talks across the UK and USA, distributing stories to journalists, and encouraging whistle-blowers from Congo to step forward. He also helped to pioneer the use of the photograph by holding public viewing sessions where horrified communities could see the reality of Leopold’s supposed ‘civilising’ mission. Throughout Morel’s many years of campaigning, he never once lost his belief in the cause of free trade. After all, those who held a worldview that recognised the fundamental right of individuals to own and exchange resources freely could never accept Leopold’s brutal policies.

The eventual revoking of Leopold’s sole ownership of the Congo by the Belgium government in 1908 was widely attributed to the tireless work of Morel and the Congo Reform Association. Regrettably, the new Belgian government administrators did not reform the exploitative system wholesale but instead just curbed the worst excesses of the ‘Rubber Terror.’ The Congolese continued to struggle to own property, trade resources, or even access currency. These barriers to genuine free trade stunted the Congo’s economic growth and left it open to further exploitation.

Historian Padideh Ala’i summarises Morel as devoting his life to ‘proving that trade is the guarantor of peace, liberty, and security.’ Modern proponents of free trade idealism should aim to replicate such sentiments. The alternative to open commerce, as recognised by Morel, is poverty, instability, and conflict.

Now, more than ever, modern proponents of the free market should continue to campaign for the expansion of free trade and against those systems of crony-capitalism that exploit the vulnerable – especially if, like King Leopold, they dare to do so under the guise of ‘free trade’.