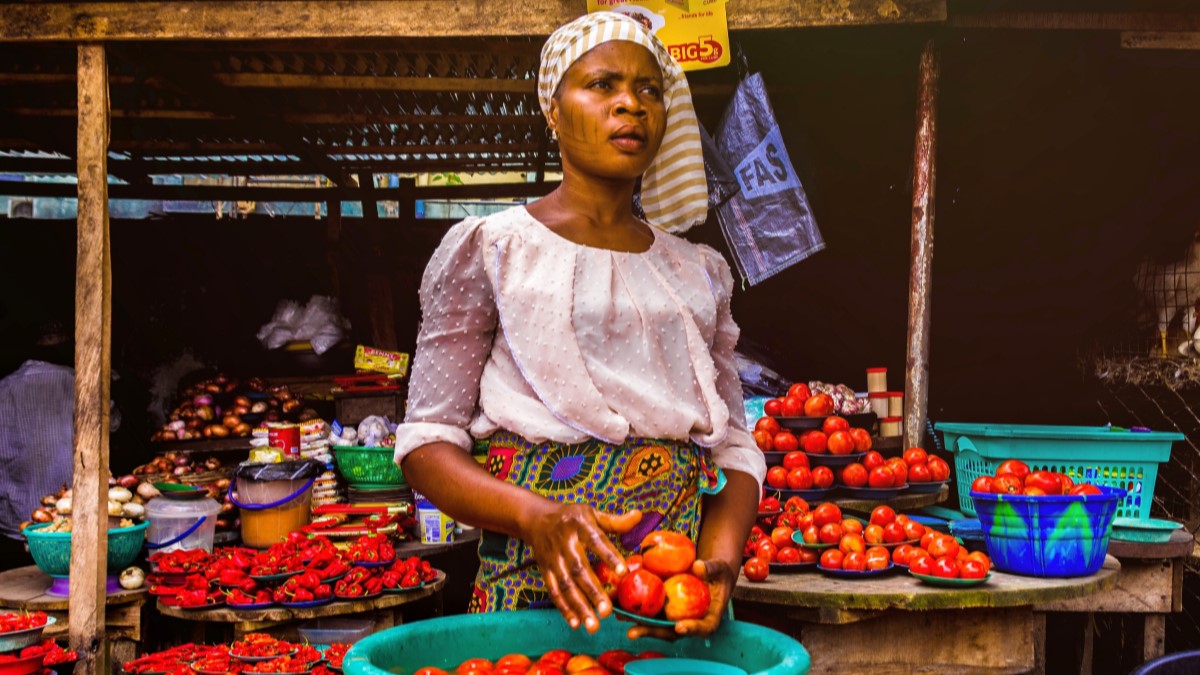 Much has been written about the potential economic benefits of the new African Continental Free Trade Area (AfCFTA). However, few people have asked: how will the new trade deal help African states develop a resilient agricultural sector?

Food is crucial for our existence and it should not be a luxury for anybody on earth. When food is not accessible to people or when citizens cannot get sufficient food because of limited financial means, we say they are food insecure – which is the case for many Africans today. Unfortunately, over 100 million Africans are experiencing food insecurity, with about half of these people experiencing acute hunger.

Poverty and food insecurity in Africa

According to the State of Food Security and Nutrition in the World (SOFI) in 2020, more than 282 million Africans were undernourished.

Many events such as Covid-19, border closures, conflict, climate events, and political crises amplify food insecurity, but poverty also makes the matter worse. Warnings by the Food and Agriculture Organization (FAO) and the World Food Programme (WFP) have suggested there have been at least 14 ‘food crises’ in African countries in 2021. For all Africans, this will mean increased food prices, which will disproportionately hurt the poorest in our society. To make matters worse, particularly for Nigerians, food inflation continues to skyrocket.

Conflict is the major driver of food crises in Africa. According to a report by the Africa Center for Strategic Studies, nine of the ten countries with the most significant increases in food insecurity in 2020 are facing active conflict, from South Sudan to Northern Nigeria, Ethiopia, Cameroon, and others. Aside from conflict and insecurity, another key driver is climate change. For instance, in 2020, Sudan had its worst flooding in a century, and in recent years, the worst locust outbreaks in decades have plagued parts of Kenya, Somalia, Eritrea, and Djibouti. This caused the loss of cultivated land, livestock, and the destruction of tonnes of grains. As a result, food prices skyrocketed, causing households to have less purchasing power for adequate food supply.

How can the AfCFTA strengthen Africa’s food system?

For Africa to address its food system challenges, political leaders need to prioritize solutions such as low taxes, no tariffs, and minimal regulations. Doing so will mean that the private sector can ensure sufficient quantities of food are consistently available to meet demand,  and individuals have jobs to provide adequate income to buy food. As the continent grapples with food security challenges, it is imperative to speed up a rapid transformation of the food system.

That is where the new African Continental Free Trade Area (AfCFTA) presents an exciting opportunity. Africa lags in intercontinental trade compared to other regions. However, when the AfCFTA operations fully begin, by decreasing tariffs, the trade area is expected to boost food security on the continent by ensuring a cheaper trade of agricultural produce from surplus to deficit regions.

While most economists agree that a policy of allowing goods and services to be traded between countries with as few restrictions as possible is best, most politicians often take a different view. Usually, politicians are concerned that jobs will move to other countries, traders will import substandard products, competition will undermine the manufacturing sector, or that it may pose a security threat.

Without nullifying these concerns, we need to understand that the growth of trade is not always smooth. It comes with specific challenges, but it presents tremendous opportunities for all countries involved and their citizens when done right. Indeed, the World Bank has estimated that by 2035, the AfCFTA alone could add more than $450 billion to the continent’s GDP and lift more than 30 million people out of extreme poverty. Regarding food security, free trade will help African countries focus on agricultural goods where they have a comparative advantage. With countries that produce similar goods, it will encourage competition, spurring the progress that would otherwise not occur in a closed market system.

Opponents of the trade agreement should also know that a continent-wide market will encourage more investors to venture into the food and agricultural sector, thus creating more jobs, while also addressing food insecurity.

When compared in relation to income, the OECD econometric estimates reveal that food prices in sub-Saharan Africa are 30% to 40% higher than prices in the rest of the world at comparable levels of GDP per capita. The AfCFTA will help rectify this.

Not only will the AfCFTA remove barriers to moving agricultural products from regions where they are in surplus to places where they are most needed, but it will also help to lower food prices, which will disproportionately benefit the poorest Africans. This will go a long way in ensuring the end of food insecurity and hunger across the continent.

This article first appeared in appeared the Sahara Reporters.