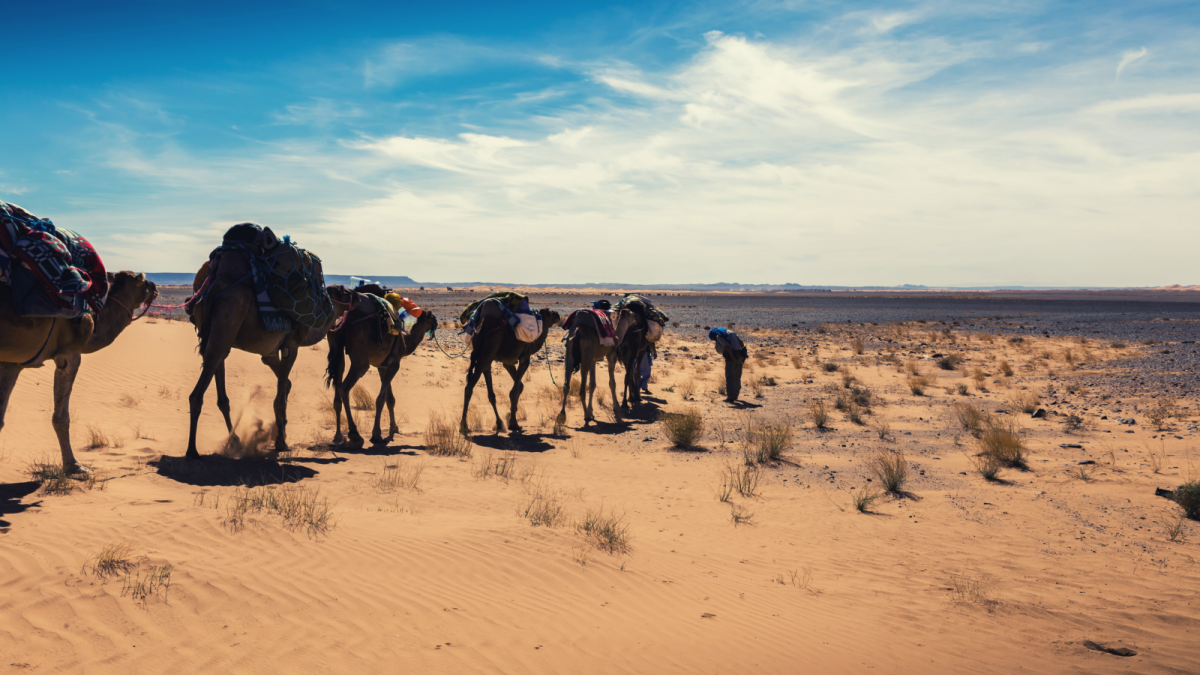 Market reforms in Africa can be thwarted because of propaganda asserting that markets are a Western import. Notwithstanding the currency of this belief, it is patently absurd. Markets flourished in Africa prior to colonialism, and wherever they are repressed, the result is social immiseration, as economist William Hutt points out in his pathbreaking study, The Economics of the Colour Bar. Merchants in precolonial Africa organized large-scale trading networks that spanned several regions.

According to Alberta O. Akrong (2019), the diversity of African trade transacted on land and waterways enhanced the continent’s accessibility to strategic resources. Like elsewhere, in precolonial Africa, Africans designed mechanisms to enable commerce. Gareth Austin in his research documents a litany of such institutions, including rotating credit facilities and secret societies. Chronicling the primacy of markets in precolonial West Africa, he offers a captivating account of trading networks:

“Among the Hausa diasporas that conducted most of the long-distance trade of the eastern half of West Africa, trading caravans moved between market-places, at which the itinerants would stay with landlords from the same ethnic group, who would introduce them to local trading partners and generally assist them to make contracts. Credits would also be available between members of the same diaspora: “moral hazard” being reduced by common membership. It was reduced also by common religion, which in the case of the Hausa diasporas … was Islam.”

Ethnicity and religion featured prominently as levers of trade in precolonial Africa. For example, unlike the Hausas, who professed Islam, the Aro community employed indigenous religion as a tool to legitimate trade. Undeniably, markets were crucial in pre-colonial Africa, but we readily admit that they were not undergirded by impersonal trust. The arrangements in precolonial Africa reflect what economists describe as “limited trust.” Due to low out-group trust, expanding trade across networks was an achievable but difficult endeavor.

Usually, intertribal trade required the supervision of tribal chiefs to ensure probity in transactions. Nevertheless, on average, trade in pre-colonial Africa was decentralized. Socrates Majune and Davis Kimuli Mwania in the article “On the Economic Thought of Trade Practices and Policies in Kenya” acutely capture the liberal disposition of trade in pre-colonial Kenya: “In Kenya, during the eighteenth and nineteenth century, apart from barter trade among communities, long-distance trade was practiced among the Mijikenda, Kamba, Taita, and Waata with the Swahili, Arabs, and the Waata across the coastal line of the Indian Ocean. No formal policy existed at the time due to decentralization of the communities and lack of a sovereign rule that could impose one overall policy.”

Indeed it may surprise many that in pre-colonial Africa state interference in the economy was minimal, as Peter Wickens posits in his definitive text An Economic History of Africa. We are informed by Birgit Muller that the Igbos lacked a central authority to disseminate currencies: “As Igbo currencies were not issued by a central authority, the stability of their value depended solely on their restricted supply…. The scarcity of metal currencies was guaranteed for centuries by the fact they had to be produced in a very complicated process or imported from far away European traders.”

However, even though decentralized trade was the norm, Grietjie Verhoef in the essay “Pre-colonial Africa: Diversity in Organization and Management of Economy and Society” opines that there were ample opportunities for powerful merchants to monopolize trade routes. A case in point is that in some territories, such as West Africa, rulers permitted the decentralized management of private enterprise, whereas in East Africa Muslim traders monopolized trade routes. Research has also disconfirmed the argument that during the pre-colonial era the Asante state in West Africa was the predominant player in the economy. Gareth Austin rebuffs this proposition by contending that the private sector constituted a potent force in the export economy, thereby allowing commoners to procure wealth via trade and through production for both international and domestic markets.

Other than enriching commoners, trade was integral to promoting peace in African communities. Emmanuel Akyeampong in an overview of trade in Africa notes that due to its importance in stimulating wealth, trade made conquest prohibitive. “Indeed, the survival and prosperity of African communities was so intertwined with the mutual benefits of trade, that scholars of pre-European contact noted that in the middle of Niger basin in West Africa and in the Indian Ocean external conquest was counterproductive and regional systems emerged that were based on heterarchy and not hierarchy.”

Since we have established the cultural relevance of markets in African history, we can now illustrate the lucrative effects of markets in contemporary Africa. Examining the literature for the ingredients for economic success, Germinal Van concludes that protecting property rights bolsters economic growth by stimulating economic freedom. Applying his findings to Africa, Van writes, “The ability to own property is a chief step toward the creation of economic value…. For the actors of African economies to create economic value within the continent, they must be able to own property and use that property to create exchange. It is the exchange that takes place under the concept of property rights that increases a country’s economic freedom.”

A shining example of the positive effects of greater economic freedom is Rwanda. In the 2020 Index of Economic Freedom, Rwanda transitioned from the “moderately free” category into the mostly free category. Free market reforms propelled Rwanda’s GDP per capita to over $2,000 in 2019, coming from merely $700 in 1995. Similarly, economic analysis indicates that economic freedom is even associated with inclusive growth in sub-Saharan, Africa thus discrediting the claim that economic freedoms breeds gross inequalities.

The assumption that markets in Africa are a residue of Western colonialism is a myth. Free markets are fundamental to ameliorating living conditions in Africa. Africans must liberate their minds from the shackles of postcolonial propaganda and embrace economic freedom to reap the benefits of prosperity.

This article first appeared in appeared the Mises Institute.