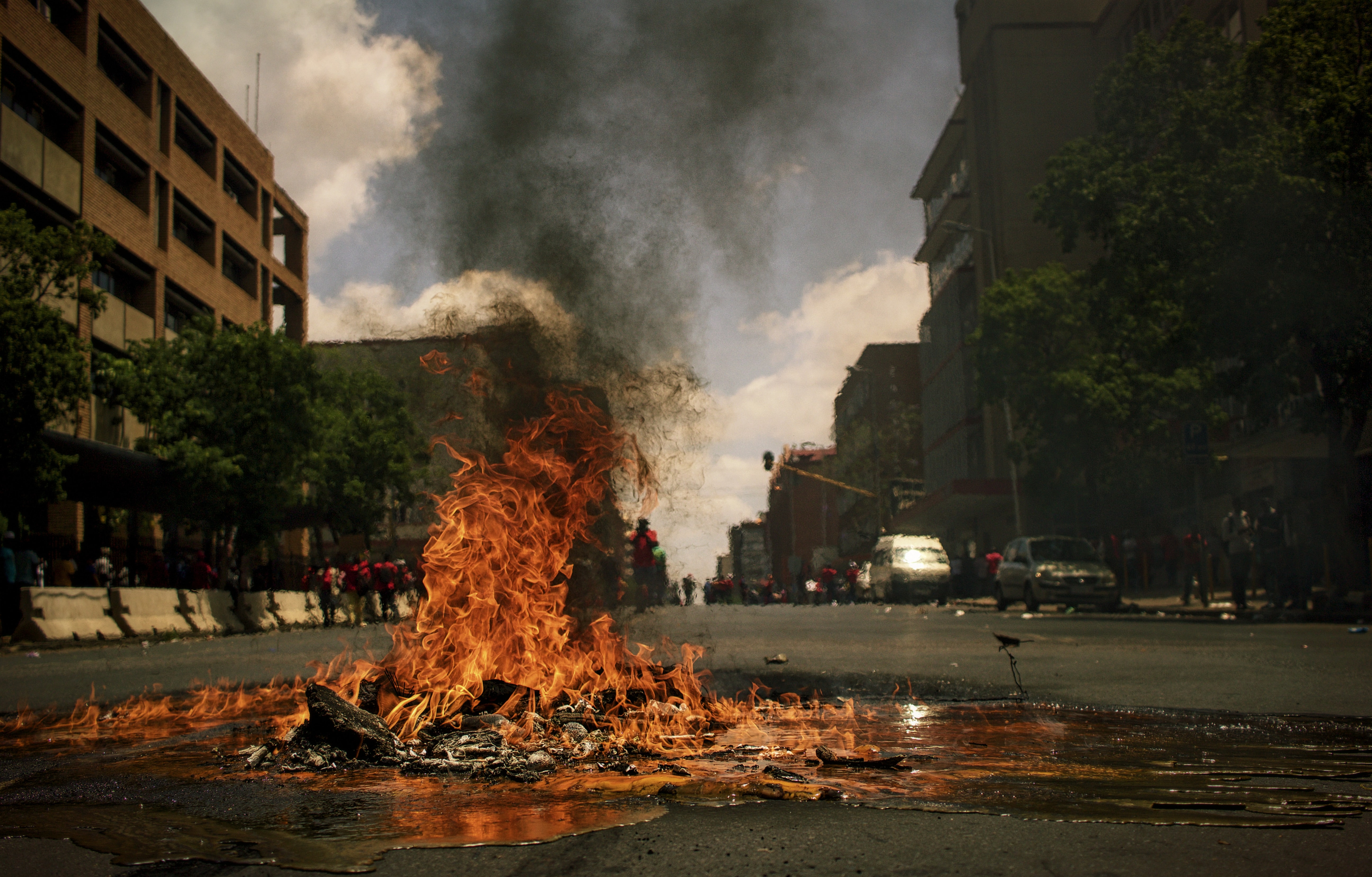 To enable South Africans to rebuild as quickly and strongly as possible after the July riots, the government must implement pro-economic freedom reforms that’ll ease the flow of goods and services and encourage investment. The most robust supply chains are those free to grow in a regulatory environment that is as least burdensome as possible.

Billions of rands worth of damage were caused by violence and looting in mid-July. The result, among other things, was the major disruption of supply chains and business activity. According to the South African Property Owners’ Association, as of July 19, 150 000 jobs were at risk.

Businesses of all kinds require a safe environment to operate and invest long-term, and where their property is protected. On July 16, Gavin Kelly, CEO of the Road Freight Association, said: “Providing as much protection as possible for the entire supply-chain system is a case of protecting the logistical umbilical cords. It doesn’t help to secure a route and we move to warehouses and retailers that will just be looted again and again.” According to Netstar, more than three-quarters of trucks in KwaZulu-Natal were unable to travel due to the violent protests – large operators delayed or cancelled nearly 30 000 trips.

Early signs of recovery are encouraging. According to the Department of Trade, Industry, and Competition (DTIC), supply chains are “largely back on track”. In an advisory released on July 19, the DTIC indicated that minister Ebrahim Patel had “issued an exemption from certain provisions of the Competition Act, to enable firms to collaborate and ensure availability of basic food and consumer items, emergency products, medical and hygiene supplies (including pharmaceutical products), refined petroleum products, and emergency clean-up products”.

The government clearly recognises how vital the flow of goods is but going forward, policy and regulatory formation should begin from this perspective. This exemption should be made permanent, and more opportunities for regulatory and tax exemptions should be explored.

The DTIC should also be looking at tariff exemptions. Tariffs and non-tariff trade barriers (NTBs) increase the cost of goods and services and discourage the flow of goods into and out of a country. NTBs are those regulatory barriers that impose additional import requirements; these result, as some examples, in longer shipping times, extra financial burdens, and other bureaucratic obstacles that hinder the flow of goods.

The latest Trade Barrier Index, released by the Property Rights Alliance, ranked South Africa at 42 out of 86 countries measured. In the context of Sub-Saharan Africa, South Africa generally performs well. However, to encourage more investment and economic activity after the devastation of Covid-19 and government lockdowns, the country should look to emulate the practices of those countries ranked higher on the Index. The Index shows that the countries with the poorest rankings are generally lower-income countries, and their weak scores are “mostly attributed to high tariff scores, weak facilitation of property rights, membership in few trade agreements, as well as market entry restrictions on foreign businesses”.

To further facilitate the easy flow of goods – and the broader economic recovery – governments should consider:

Government should not be tempted by protectionist measures, such as subsidies and ‘localisation’ plans. These will only increase the price of goods – ultimately lower- and middle-income consumers feel such price increases the most. Having access to more, and hopefully cheaper, options allow consumers to use more of their disposable income on other needs, including investments. Lowering tariff barriers is an excellent way for governments to ‘naturally stimulate’ economic activity.

An added drawback to protectionist policies is that they shield politically well-connected businesses from competition (through higher tariffs imposed on goods produced by those who lose these political games) and incentivise corrupt behaviour.

After the damage caused by a decade of state capture, South Africa should limit the mixing of state and economy in as many areas as possible.

As more countries (hopefully) get a handle on Covid-19 and open up their economies, those with the most trade- and investment-friendly policies will reap the most benefits. With capital formation come businesses, factories, extensive supply chains that link everything together, and, consequently, jobs.

Capital tends to flow along paths with the fewest barriers; adequate, long-term capital- and business-formation – and real job creation – will only happen in a favourable environment. Eliminating as many tariffs and NTBs as possible will go a long way towards addressing the country’s over 42% unemployment rate. As encouraged by the Africa Continental Free Trade Area, South Africa should pursue a path of openness and not implement growth and job-killing protectionist policies, such as localisation.

Articles are the author’s own opinion.